A representation of the colors of the electromagnetic spectrum. Download image as pdf | png.

The tool above converts any specified wavelength of light within the electromagnetic spectrum into the RGB color which most closely approximates the color of such light. 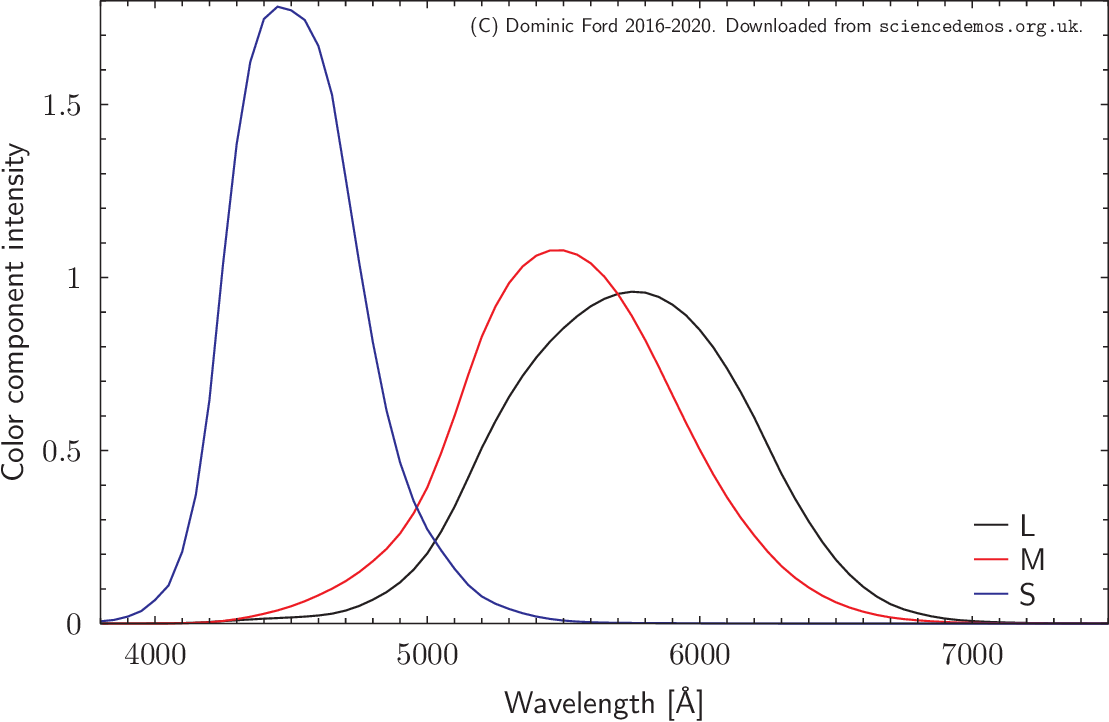 The stimulation of the three types of cone in the human eye, as a function of wavelength. Download image as pdf | png.

The sensitivity of these three types of cell to different wavelengths was measured in the late 1920s by William David Wright and John Guild, and their results were published by the International Commission on Illumination (CIE) as the "LMS color space". The graph to the right shows their results.

LMS color components can be straightforwardly converted into the CIE XYZ color space by a linear matrix transformation called the Hunt-Pointer-Estevez transformation: 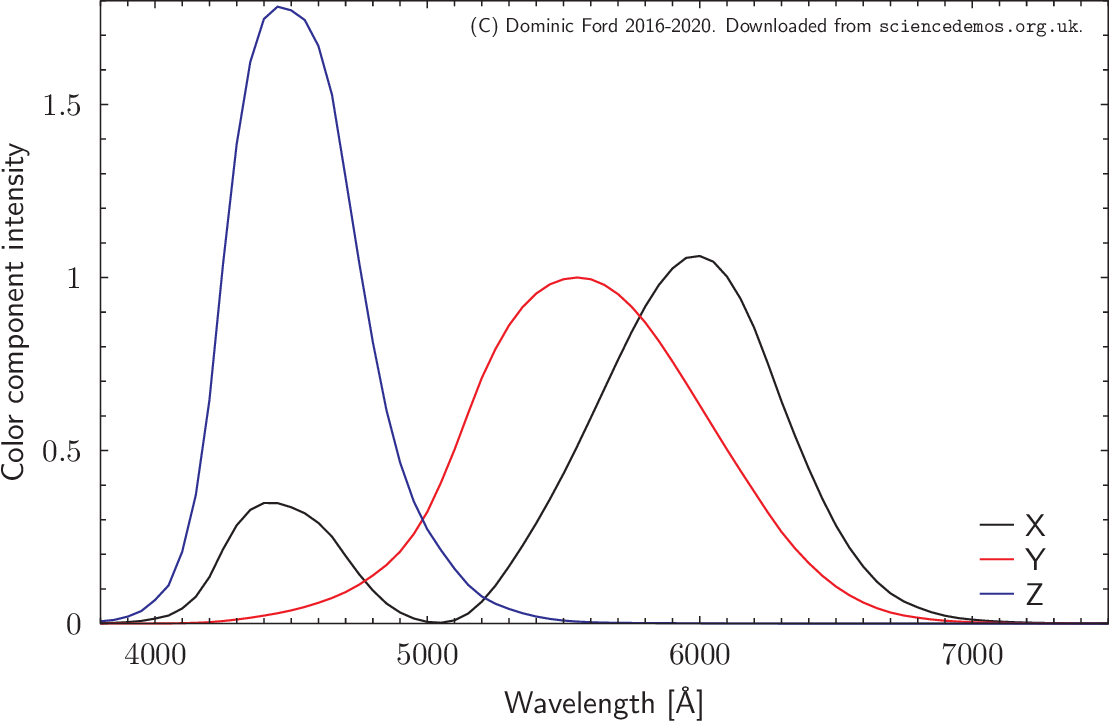 The XYZ components of light, as a function of wavelength. Download image as pdf | png.

To represent the colors of the electromagnetic spectrum on a computer, the only remaining task is to compute which levels of RGB illumination from a computer display will produce the most similar stimulation to the eye's three types of cone as any particular wavelength of light. This is done as follows:

One remaining problem is that this matrix conversion very often produces negative RGB components, indicating that it is simply not possible to represent the exact colors of the electromagnetic spectrum on a computer screen. We deal with this by mixing white light to such RGB colors until all three components become positive. This will reduce the saturation of the color – tending to lead to pastel shades in preference to deep colors – but aims to give the best possible representation of the hue.